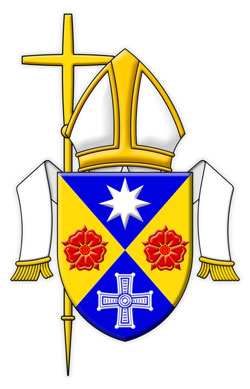 The Diocesan Liturgical Commission (DLC) is a group formed by the Diocesan Liturgist (the Bishop) to oversee liturgical formation and the liturgical life of the Diocese of Sandhurst. The formation of Liturgical Commissions was called for by the Second Vatican Council “It is advisable that the competent, territorial ecclesiastical authority (the Bishop) set up a liturgical commission, to be assisted by experts in liturgical science, music, art and pastoral practice…consisting of persons eminent in these matters and including laity. (Constitution on the Sacred Liturgy #44)

The DLC produces documentation of Diocesan Policy and answers requests and queries from people of the diocese. It meets quarterly, presently in Shepparton, and the current chairperson is Mr John Hogan. The Director of Liturgy is the Executive Officer and sees to the publishing of DLC documents and works directly with parishes on behalf of the DLC. The Rite of Christian Initiation of Adults comes under the auspice of the DLC, and the DLC has concern for the Sacramental Program in the diocese. Traditionally each deanery in the diocese has a representative from the priesthood and several parishes represented by members of that parish. The DLC discussions cover a variety of themes within the diocese, from the larger diocesan liturgies such as Chrism Mass to questions raised by an individual relating the liturgical practice in their parish. The DLC is an advisory board to the Bishop, even though it puts out documentation itself, it is always with approval from the Bishop. The fundamental interest of the DLC is to assist parishes that may want help with their liturgy, but ultimately to bring the people of the Diocese of Sandhurst closer to God in the practice of their worship. Contact with the DLC can be made through the Chancery Office to its Chairperson or the Director of Liturgy.